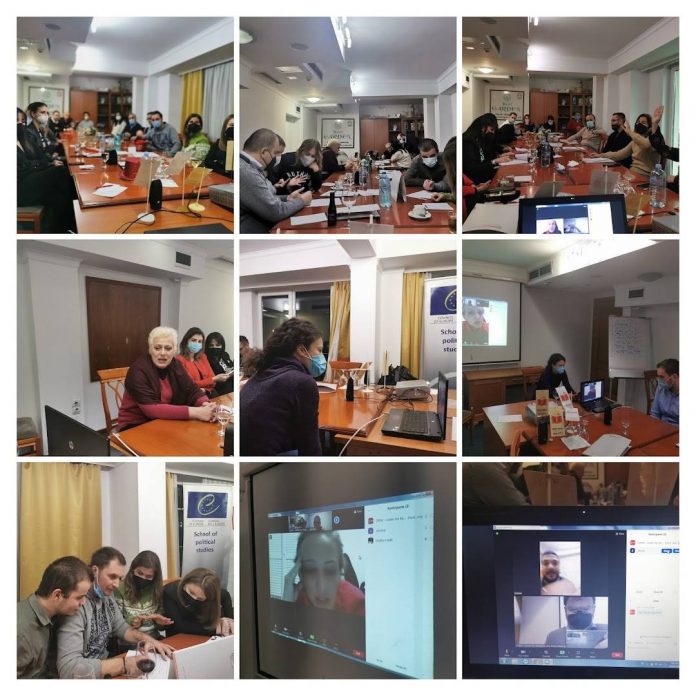 A brief explanation of the rationale, aims, methods, and the participants

Since independence Macedonian democracy has been burdened by the slow pace of European Union accession. On the one hand, there are domestic issues that burden the process including dangerous authoritarian tendencies, state capture and nationalist conflicts. Yet on the other hand, European Union dynamics and politics also influence the dynamic of the accession of all Western Balkan countries. Bilateral issues have been and are serious obstacles for the Macedonian and Western Balkan „European“ perspective. How to dwell forward? Are there are positive examples and what can we as a School participants do about that. We aimed to discuss these issues at an alumni session of the School. Lecturers/discussants were alumni who have experience in the policy field of policy making and EU affairs, the participants will be attendees of the new School generation 2021/2022. The aim is to strengthen the common understanding among the participants and lecturers of the School on the importance of further developing evidence based, EU harmonised public policies. The methods which will be used are round table presentations, debates, and discussions as well as classical lecture followed by questions and answers period. The session was be broadcasted online via the Zoom platform. This enabled all interested alumni of the School to actively follow and participate with their own views on the matter. 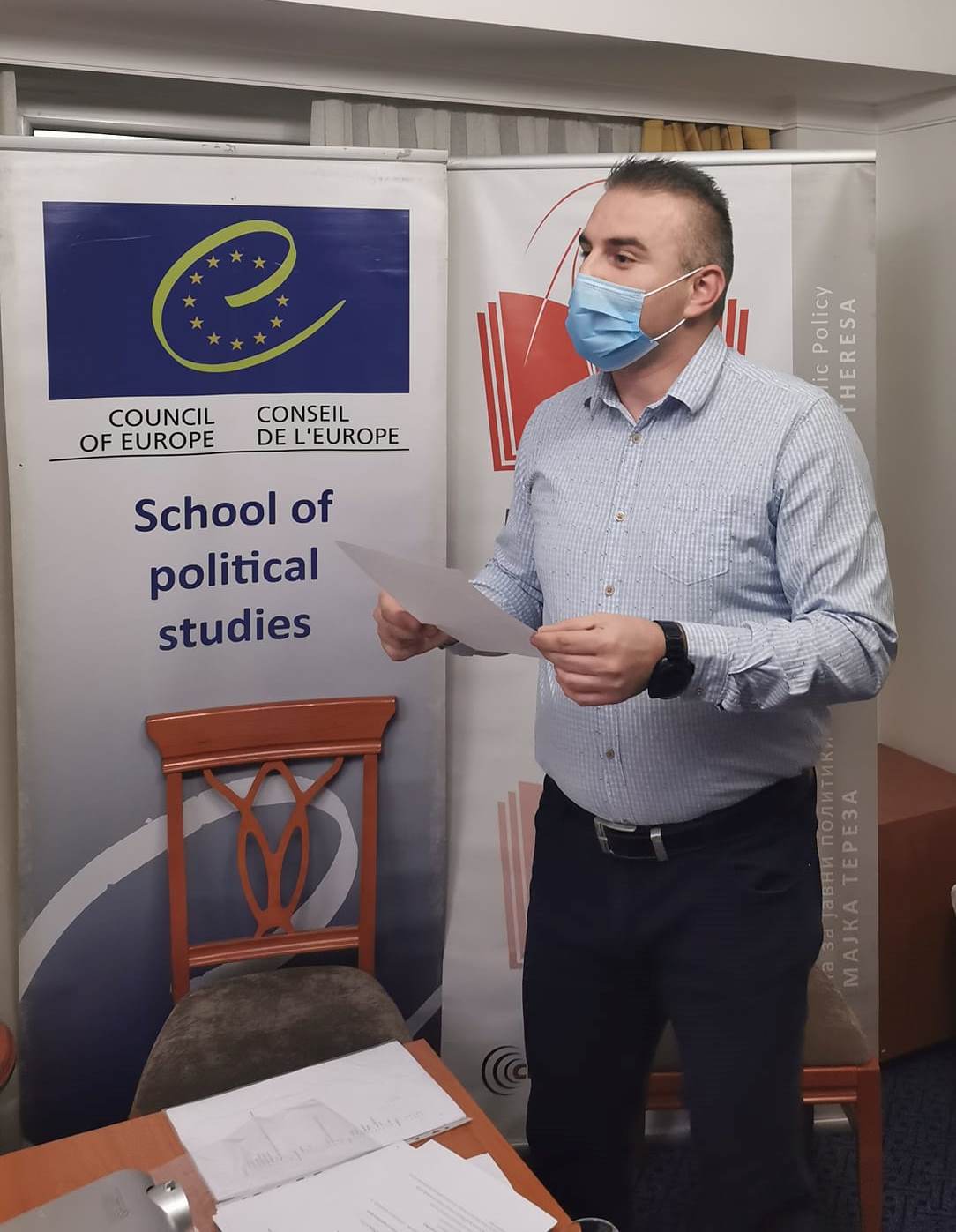 Summary of the Event

In the opening session we had a simulation of a debate on EU accession issues between Ambassador Ivica Bocevski as an expert on EU issues, the journalist Gorna Momiroski who is experienced host of popular political talk show, and the participants of the School. Various issues were tackled: the capacity of the public administration to engage in EU accession talks, political will for reforms, politics in the Western Balkan region and European Union interest in slowing down or speeding up the enlargement process. After dinner, our alumnus Oliver Stanoevski, PhD, administered a quiz for the new generation participants. This was a social activity with teamwork on various topics including EU and Western Balkan politics. In the morning session on Saturday, our alumna Katerina Neshkova from Sitel TV, spoke about the state of affairs of the enlargement process in light of the EU Summit on the 14th December, 2021, the chances that Makedonija gets a positive decision to start the accession talks, the possibilities of an agreement between Sofia and Skopje on the disputed issues, the long term prospects of the governing coalition to stay in power and so on. These are very topical issues now in the country. In the next lecture, Iskra Koroveshovska, PhD, spoke about a pan-European issue with a specific focus on Makedonija, violence against journalists, political and other. She gave examples of such violence from Malta, Slovakia, Bulgaria, also talking about in(famous) Makedonijan cases. There was a discussion on the need for improving the democratic culture in the online portals including strengthening monitoring and control of the content published, which oftentimes is itself or provokes hate crimes. The next session due to the extraordinary circumstances of having no access to electricity was on Gender mainstreaming in the integration processes by Gordana Nestorovska. We spoke about the need for further mainstreaming of gender policies and changes to the laws in Makedonija regardless of the EU accession process. Participants gave their views on the question also discussing the positive aspects of the adoption of the so-called Istanbul Convention, on woke culture and so on. Professor Jasmina Trajkoska Naumovska gave an overview of the history and possibilities of civic and political participation on local level in the country. The failed referendum on the acceptance of the Prespa Agreement in light of the accession to NATO and the possibility of joining the EU was discussed among other Makedonijan examples. On Sunday, Josipa Rizankoska lectured on the future of ethno-regionalism in Europe and, in particular, on the issue of secessionism in electoral campaigns of ethno-regional parties, drawing parallels to the Western Balkan region. Finally, prof. Goran Shibakovski gave a comparative overview on the national Cybersecurity Strategies in the Western Balkans Countries comparing them to good examples in the EU, Estonia in particular.

Program of the Event

18:30- 20:00 Debate: EU integration of the Western Balkans in theory and practice
Ivica Bocevski and Goran Momiroski

9:30-10:30 Topic: State of affairs in the governing coalition on the eve of the EU Summit and the potential decision on start of membership negotiations Katerina Neshkova online. 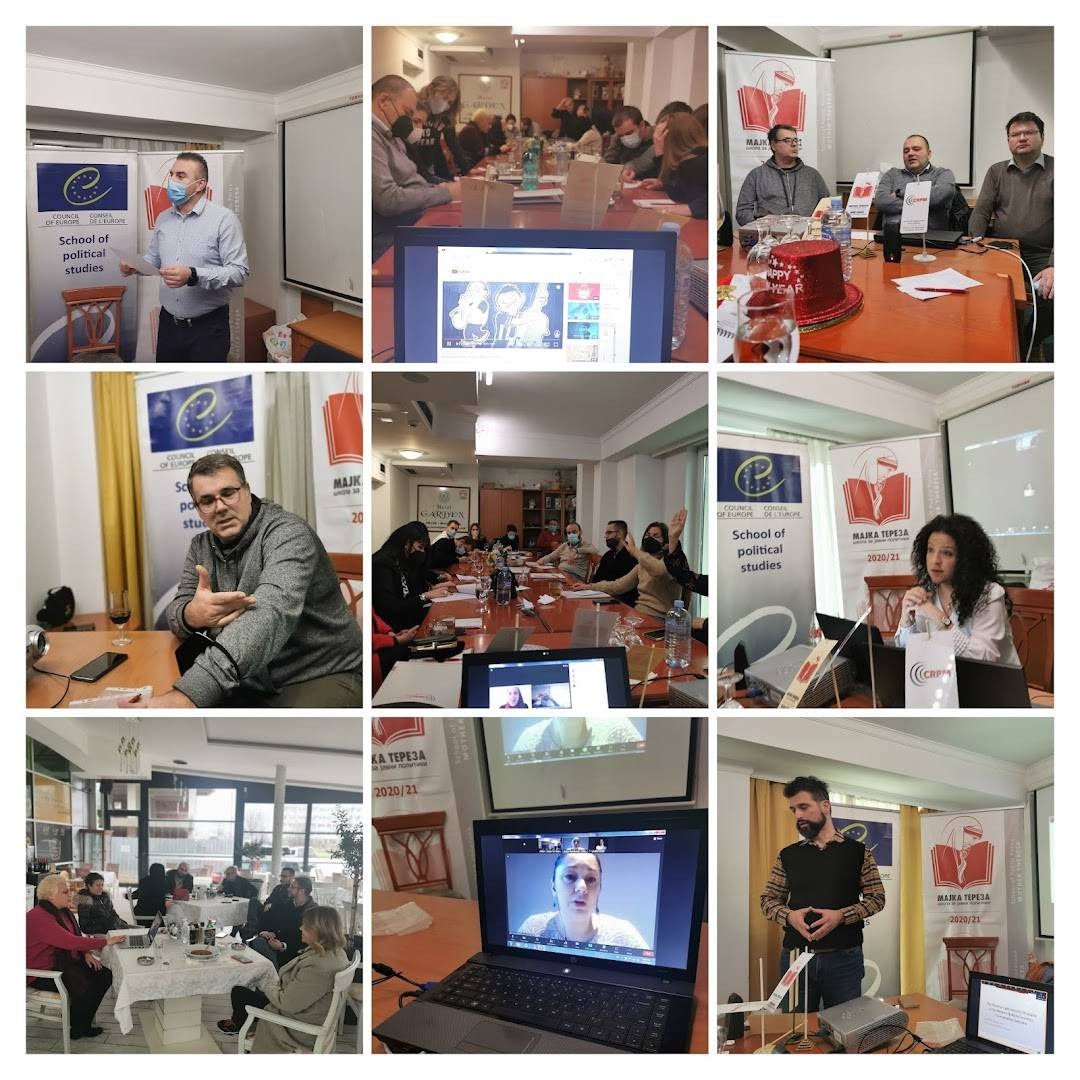 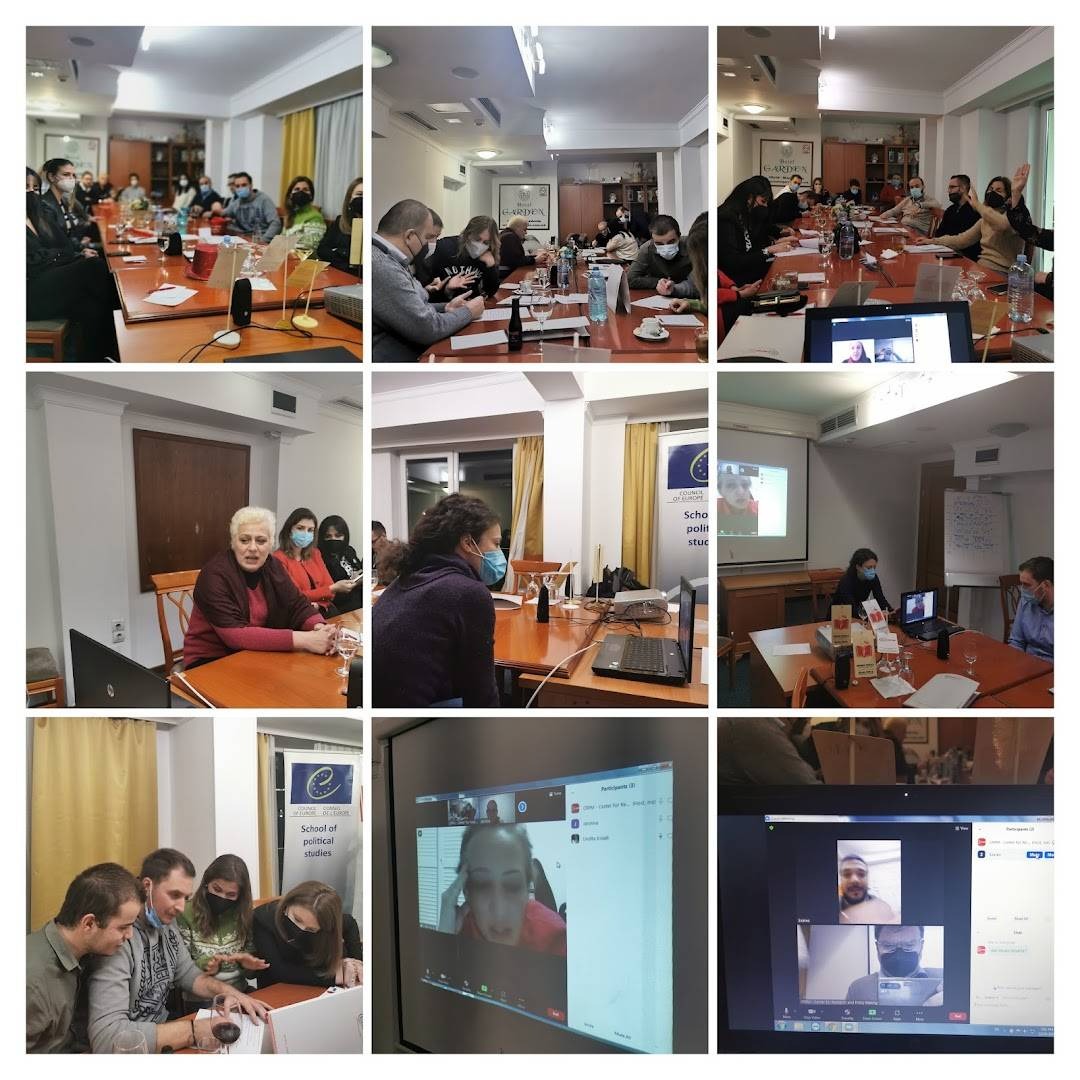