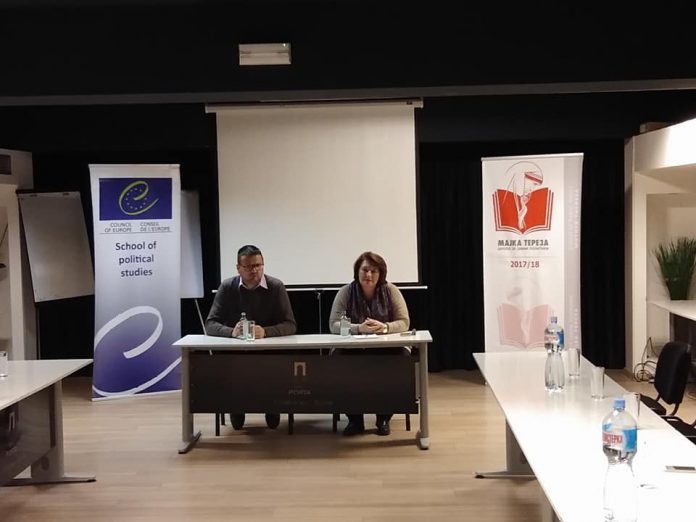 Liberal Multiculturalism and Public Policy: from Theory to Practice 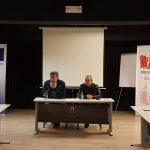 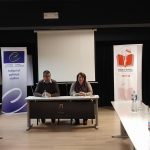 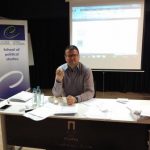 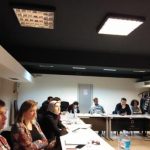 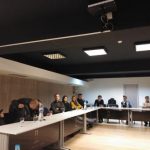 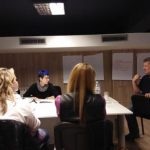 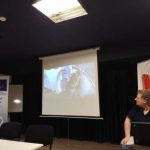 This seminar is related to the general topic of the School of Public Policy as it aims to improve the knowledge of the participants in the field of public policy and in particular in the area of liberal multiculturalism. The seminar will take place in Skopje in the hotel Porta during the weekend 16-18 February 2018. All the participants from the generation 2017/8 are invited and excluding exonerating circumstances expected to take a role in the seminar. Two experts are invited to give introductory lectures and discuss public policies concerning liberal multiculturalism with the participants. They are professors and practitioners who work in the field and have had hand on experience in public policy analysis in the concerned field. Overall the specific objectives of the event are to increase the skills of the participants of the policy making process and to get acquainted with the theoretical and practical options for undertaking policy research and analysis in the field of liberal multiculturalism. A special focus will be on migrants, refugees and their rights in Europe. What kind of policies the states have and should have regarding these categories of people? Are there differences in EU and non-EU countries in their policies towards them? What are the theoretical postulates in political theory that inform the debate on this topic? What are the policy recommendations of political theorists of liberal background vis-à-vis other academicians and practitioners? How can we square the circle in Macedonia, itself a multicultural society with own issues and problems? We believe that this seminar will help our participants to improve their knowledge and techniques in policy research and analysis in general and concerning the topic of liberal multiculturalism in particular. It is widely accepted that policy analysis is a technique used in public administration to enable civil servants to examine and evaluate the available options to implement the goals of elected officials. Policy analysis has been defined as the process of “determining which of various policies will achieve a given set of goals in light of the relations between the policies and the goals. Independent policy analysis can be made by think tanks, universities, professional associations, trade unions and other members of the so-called policy network. Our aim is to have our participants able to influence the policy making process through solid, evidence based, high quality policy analysis.

The methodology of the seminar is to lectures followed by discussions among participants and professors, as well as a simulation game on the topic of migration. Specific tasks and roles will be given to our participants by the lecturers. The Center for Research and Policy Making (CRPM) is the stakeholder involved in this seminar. Overall, the web site of the Center will communicate to the public the activity to the general public, the alumni and the prospective students. The internet news will serve as a tool for greater visibility of the School’s activities. The key assumption for the seminar to be held is that there is support from Council of Europe and CRPM. A major risk is the current political crisis in the Republic of Macedonia in relations with Greece and the so-called name dispute.

10:30 – 12:00
Eggert Hardten
Intro of the group – special interests, expectations
Intro about lecturer E. Hardten
Introduction of Mostar Friedensprojekt e.V.
Introduction of European Stability Initiative e.V., current initiatives
Open discussion of topics of the refugee crisis, German public policy
Continuation of the workshop
Introduction of new participants
Discussion of the paper on Germany and migration
Testing the water – What did you reflect, how would you write such a paper?
Reflecting on the task to read a paper of 7 pages and to reflect on it.

12:30- 14:00
Eggert Hardten
Intro-Film on UNHCR as employer
Simulation game task: Applying for job at UNHCR Human Ressources office
Distribution of UNHCR paper Numbers of different refugee categories
break
Interview rounds: 5 times 2 simultaneous interviewees, 4 joint interviewers
Reflection on the concrete process and on the tool of simulation as non-formal learning method
Announcment of the winner of the interview, reflection on the decision
Reflection on the learning effort about the UNHCR statistics (get the 25 question)
Distributing the Azzam wiki-biography, task to fill out and say – what happened to Azzam
Introduction to Azzam

Mr. Zhidas Daskalovski holds a PhD from the Political Science Department, Central European University. He has published numerous scholarly articles on politics in the Southeast European region, as well as co-edited books including: Understanding the War in Kosovo (Frank Cass: London, 2003) and Ten Years after the Ohrid Framework Agreement: Lessons (to be) Learned from the Macedonian Experience, (CRPM and Friedrich Ebert Stiftung: Skopje 2012). A professor of political science, and one of the most prominent political scientists in the country, he is Director of the Council of Europe supported School of Public Policy |Mother Teresa|. Dr. Daskalovski is the 2008 Young Scientist of the Year of the Macedonian Academy of Science, one of the Distinguished Persons of Bitola of the University of Kliment Ohridski and a recipient of a number of distinguished research fellowships including the Lord Dahrendorf Fellowship at St. Antony’s College at the Oxford University, the School of Slavonic and East European Studies Macedonian Studies Fellowship, and the Social Science Research Council/ Ethnobarometer Fellowship at the University of North Caroline. He has written Macedonia country reports for Freedom House/Nations in Transit, Open Budget Index, Global Integrity Report, Bertelsmann Transformation Index, UNDP People Centred Analysis, UN Human Development Report. His expertise is prominent in the fields of policy analysis in general and decentralization, democratization, ethnic and multicultural issues in particular. Dr. Daskalovski has a thorough policy research experience working for the Center for Research and Policy Making, War Torn Societies Project (WSP), Local Government Initiative, United Nations Department of Economic and Social Affairs (UNDESA) and the European Stability Initiative. He was the Chief Advisor to Mr. New Democracy’s leader Imer Selmani at the 2009 presidential and local elections.

Eggert Hardten (Germany) has been an analyst in many ESI projects in Bosnia, Kosovo, Serbia and Macedonia since 2000. He has a lifetime history of engagement with the former Yugoslavia and combines a broad knowledge of the history and political economy of the region with unrivalled practical experience in economic development, agriculture and local governance issues. Based in Berlin, he still spends considerable time in the field carrying out research and training young researchers in capacity building projects in Macedonia and Kosovo with different institutions.

Former European Court of Human Rights Judge Mirjana Lazarova-Trajkovska is born on November 5th, 1963 in Strumica, where she finished elementary and high school. She graduated at the Faculty of Law in Skopje in 1986 and passed the bar exam. In 1988 she got employed as trainee in the Secretariat for Internal Affairs in Strumica. Since then, she’s been appointed at different posts within the Ministry of Interior, such as Deputy Head of Department for administrative matters within City management for Internal Affairs Skopje (since 1993), Head of Department for administrative matters and supervision within the Ministry of Interior of the Republic of Macedonia (since 1995), From February 1999 till January 2001, she worked as Assistant Minister for Interior, heading the Department for administrative matters and supervision. From January 2001 till September 2001, she worked as Adviser in the Cabinet of the Minister of Interior, Since September 2001, she is Head of Department for human rights within the Ministry of Foreign Affairs of the Republic of Macedonia, In July 2002, she is appointed as President of the National Election Commission by a decree issued by the President of the Republic of Macedonia. She stood on this position till May 8, 2003, when she’s been elected as Judge at the Constitutional Court of the Republic of Macedonia. She was at study visits in Netherlands, Great Britain, Armenia and USA. She had speeches at numerous international conferences, e.g. as Council of Europe expert in Minsk- Belorussia, Stubicke Toplice-Croatia, Strasbourg-France, Vilnius-Lithuania. She was member of several state delegations. In June 2000 she headed state delegation of the Republic of Macedonia at Special meeting of UN General Assembly in New York. In November 2002, she took part as observer of election of USA Congressmen and Senators. Since 1995, she was expert at the Committee of experts for citizenship of the Council of Europe and of 1998-she was member of the Task Force of this Committee. Since 2001 she was member of the Committee of experts for human rights of the Council of Europe and of the Subcommittee for improving administrative and judicial proceedings for human rights protection. She is author of many materials in the field of citizenship and public administration. She is co-author of the Collection of regulations concerning citizenship, including the commentary of the Law on citizenship of the Republic of Macedonia. She participated in drafting many laws and preparing comparative analyses, such as preparation of 5 (five) National Reports for UN Conventions, participation in the Inter-Ministerial Task Force for assessing the compatibility of national legislation with standards and principles enshrined within the European Convention for protection of human rights and fundamental freedoms. In 1996, she was member of the National Election Commission. In 1997 she was member of the Inter-ministerial coordinate body for monitoring and coordinating the activities related to administrative records in terms of new territorial division of the country. She was member of the Secretariat for public administration reform, member of expert group, which worked on comparative analysis of the European Convention on citizenship and the Law amending the Law on citizenship of the Republic of Macedonia.