The book can be ordered either in every bookshop or directly at:

In cooperation with: Center for Research and Policy Making (CRPM), Skopje, Macedonia.

*In case of your order, please send an e-mail with your exact address to LIBERTAS, then you will get an invoice by e-mail, and upon settlement of this the database (in PDF) will be sent immediately to you.

Rethinking the Role of International Organizations in State Building: ………………………47

Forging Transitional Justice: The Reconciliation of Law and Transition in Macedonia ……78

INTRODUCTION BY THE EDITORS

Modern Macedonia emerged in 1945 as one of six constitutive republics of the Socialist Federal Republic of Yugoslavia (SFRY). When Yugoslavia disintegrated in the second half of 1991, Macedonia chose to assert its own independence rather than remain in a truncated Yugoslav state likely to be dominated by Serbia without the counterbalancing influences of Croatia and Slovenia. Macedonia declared independence on 8 September 1991, and today is a democratic multiparty state with a population of around 2 million.

According to the 2002 census results, Macedonians make up 64% of the total population, while Albanians are the biggest ethnic minority with 25%. Macedonia’s reforms in the last 15 years have been focused simultaneously on three issues: state building, democratic development and establishment of a functioning market economy. During the 1990s Macedonian political elites clashed with their ethnic Albanian counterparts over the basic idea behind the concept of the state. Various elements in the constitution, the census taking, laws on education, local self-government, and public display of national minority symbols, the ethnic make-up of the police, army, as well as the public administration, were all contested by ethnic Albanians in this period. pitting ethnic Albanian grievances against Macedonian fears for “their” country’s security and integrity.

While ethnic Macedonians have insisted on a unitary nation-state, ethnic Albanians have refused to be considered as an ethnic minority in a Macedonian nation-state and have advocated for an official bi-ethnic state system. Political transformation was formulated as a zero-sum game,

Armed conflict erupted between Albanian rebels and government forces in 2001 but was quickly ended through an EU- and U.S.-mediated agreement, signed in August of that year. The so-called Ohrid Agreement envisioned a series of political and constitutional reforms, fulfilling much of the demands raised by the Macedonian Albanians throughout the 1990s and introducing some features of power sharing, such as a system of double majorities requiring consent from minorities represented in the parliament to key decisions of parliament, a substantial degree of municipal decentralization, equitable representation in the public administration of thenon-majority communities, as well as confidence-building measures to overcome the immediate consequences of the 2001 conflict. Furthermore, the agreement established the principle of achieving equitable and just representation in public administration at the national and local level as the highest priority, a key reform in the public sector.

The process of interethnic consolidation based on the Ohrid Agreement is supported by the European Union. The European Union uses the Ohrid Framework Agreement as a key conditionality for further integration of Macedonia. In 2001 Macedonia signed a Stabilization and Association Agreement (SAA) with the European Union that envisaged the successive liberalization of trade and established an institutional framework for cooperation.

Since December 2005 Macedonia has been an official candidate for EU membership. Due to Greek objections, the admission of Macedonia to membership in the United Nations in April 1993 required the new member to be “provisionally referred to for all purposes within the United Nations as ‘the former Yugoslav Republic of Macedonia’ (or: FYROM) pending settlement of the difference that has arisen over the name of the state.” Although the reference to the former Yugoslav past was to be used within the United Nations as a result of Greek pressure, other international institutions have kept referring to Macedonia as a “former Yugoslav republic.” Despite reaching a U.N.-backed interim agreement in 1995 normalizing relations between the countries, since 2008 Greece has deliberately blocked Macedonia’s admission to the North Atlantic Treaty Organization (NATO) and the beginning of negotiations for EU membership. The view from Athens is that the name Macedonia implies territorial irredentism on the part of Skopje. Greece claims the name to be exclusively part of its cultural and historical heritage. Macedonia has renounced territorial ambitions over Greek territory but refuses to change the name of the country, treating it as a part of its identity. The view from Skopje is that Macedonians have a right to self-determination and that ancient Macedonian history is as much a heritage of the Republic of Macedonia as it is of the Republic of Greece.

This book is an important contribution to the study of the new political history of Macedonia. It deals with a number of important issues since independence including the problem with the Greek objections to the name of the country and the impossibility to brand the nation on the global scale. Issues such as war crimes, the role of international organizations, economic successes and failures, problems of democratization and consolidation are all dealt by the authors of the book. It identifies challenges, failures and successes, but most importantly it also provides important recommendations for the future.

1 Zhidas Daskalovski holds a PhD from the Political Science Department, Central European University. Besides policy studies, he has published numerous scholarly articles on politics in the Southeast European region, as well as co-edited the books Understanding the War in Kosovo (Frank Cass: London, 2003) and Ten Years after the Ohrid Framework Agreement: Lessons (to be) Learned from the Macedonian Experience, (CRPM and Friedrich Ebert Stiftung: Skopje 2012). A professor of political science, and one of the most prominent political scientists in the country, he is Director of the Council of Europe supported School of Public Policy |Mother Theresa|. Dr. Daskalovski is the 2008 Young Scientist of the Year of the Macedonian Academy of Science, one of the Distinguished Persons of Bitola of the University of Kliment Ohridski and a recipient of a number of distinguished research fellowships including the Lord Dahrendorf Fellowship at St. Antony’s College at the Oxford University, the School of Slavonic and East European Studies Macedonian Studies Fellowship, and the Social Science Research Council / Ethnobarometer Fellowship at the University of North Carolina. His expertise is prominent in the fields of policy analysis in general and decentralization, democratization, ethnic and multicultural issues in particular. Dr. Daskalovski has a thorough policy research experience working for the Center for Research and Policy Making, War Torn Societies Project (WSP), Local Government Initiative, United Nations Department of Economic and Social Affairs (UNDESA) and the European Stability Initiative. Contact: daskalovski@hotmail.com

2 Marija Risteska holds a PhD in political science. She is the founder and works as Senior Analyst at the Centre for Research and Policy Making. Her research work is in the area of public administration reform, public management, good governance, policy transfer and European integration. She teaches public policy, comparative public administration and public management at NY College in Skopje. Besides numerous policy studies on European integration of Macedonia, good governance in health, education, gender, and migration, Marija has edited the book Mapping the leaders in Macedonia and Albania: can elites promote positive social change?” and co-edited the book European Law for SMEs, which appeared on behalf of the Macedonian Ministry of Economy. She has contributed to four specific public sector reforms in Macedonia on public policy development, strategic planning, and better regulation reforms. Marija Risteska has 10 years of consulting experience with the EU and all UN agencies. She managed a program in NDI from the USA, and the education portfolio of the World Bank in Macedonia. 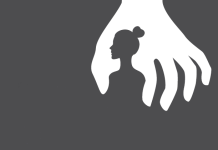 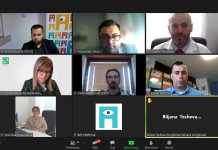 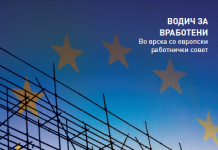 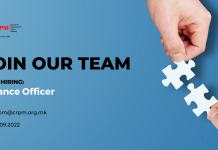 Center for Research and Policy Making - 18/08/2022
0
Terms of Reference Finance Officer (1 position for period of 1 year, with possibility of extension to 4 years) About CRPM Founded in 2004 under the Macedonian law... 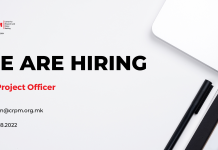 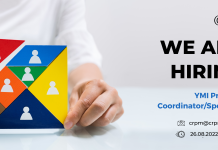