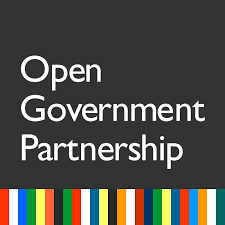 Since the Open Government Partnership (OGP) was launched in
2011, 70 countries have committed to nearly 2500 individual open
government reforms.
Countries joining OGP in 2011 and 2012 were the first to produce
OGP National Action Plans (NAPs). Many of the commitments in
these early plans and those that followed have been fully completed
or seen substantial progress. OGP’s Independent Reporting
Mechanism has produced reports analyzing the progress of all these
early plans, looking at whether the commitments made by
governments were relevant to open government principles and
transformative in their potential impact, and at their degree of
completion at the time of publication of the report.
In 2016, OGP’s fifth year, there is an increasing appetite in the open
government community to understand whether OGP is contributing
to improved government effectiveness and policy making – leading
to a real impact in people’s lives. Transforming the culture of
governments and making them open, participatory, responsive and
accountable is an ambitious project and it must be recognized that
OGP commitments are often steps in a bigger reform agenda. That
said, it should now be possible to start looking at the results emerging
from some of the early reforms and assessing whether citizens are
starting to benefit from them…